Mistress at the Movies: Pitch Perfect 2 by Ms. Lilly 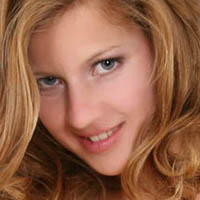 When Sequels Go Wrong…A re-watch of the original awesomeness is in order. Yes—I know sequels rarely live up to the original–but I still had hopes for Pitch Perfect 2. Not any more. I respectfully, vehemently, emphatically disagree with anyone who thinks it is as good as the 1st.

I’m a sexy geek Mistress and sing a capella around the house and in windtunnels, parking garages…anywhere there’s privacy and good acoustics—which is one of the reasons I ADORED Pitch Perfect. I actually didn’t know there were people out there like me who loved singing without accompaniment, much less competed. It was a classic coming of age story wrapped with some tongue in cheek humor centered around a band of talented misfits accented with awesome music mash-ups and singing. It was with fond memories of the original that I happily made my way to the box office for a fun night at the movies to watch the sequel.

The somewhat off color commentators have descended to unpalatable crassness, rampant misogyny, and blatant racism. The characters lost some of their depth and well-rounded qualities and are stereotypes or caricatures of their former selves. New characters are one dimensional. Many of the music numbers fall flat, and seem lacking the energy & heart of the 1st—even as on stage antics and celebrity cameos scramble to make up for the lack of character development or narrative depth. Is it worth a watch?….Possibly. At red box. Netflix. Day after Thanksgiving bargain dvd sales…ect. There are some decent laughs and music numbers to be had–but you have to wade through over an hour of off-key and misfired cinematic dribble to find them.

I’m hoping that the upcoming Jurassic World won’t let me down…and maybe I’ll catch the reboot of Mad Max—tricked out dune buggies and awesome explosions in a post-apocalyptic landscape? Count me in 🙂

This website uses cookies to improve your experience while you navigate through the website. Out of these, the cookies that are categorized as necessary are stored on your browser as they are essential for the working of basic functionalities of the website. We also use third-party cookies that help us analyze and understand how you use this website. These cookies will be stored in your browser only with your consent. You also have the option to opt-out of these cookies. But opting out of some of these cookies may affect your browsing experience.
Necessary Always Enabled
Necessary cookies are absolutely essential for the website to function properly. These cookies ensure basic functionalities and security features of the website, anonymously.
Functional
Functional cookies help to perform certain functionalities like sharing the content of the website on social media platforms, collect feedbacks, and other third-party features.
Performance
Performance cookies are used to understand and analyze the key performance indexes of the website which helps in delivering a better user experience for the visitors.
Analytics
Analytical cookies are used to understand how visitors interact with the website. These cookies help provide information on metrics the number of visitors, bounce rate, traffic source, etc.
Advertisement
Advertisement cookies are used to provide visitors with relevant ads and marketing campaigns. These cookies track visitors across websites and collect information to provide customized ads.
Others
Other uncategorized cookies are those that are being analyzed and have not been classified into a category as yet.
SAVE & ACCEPT