Miss Rachel Has A Crush on Francis Dolarhyde 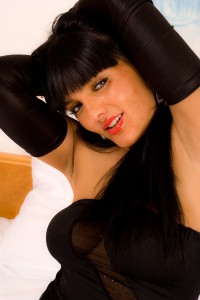 Greetings to the readers of Miss Kay Marie’s blog, where we Mistresses can share a little bit about our lives away from the phone!

Recently, I marathon-watched the television series Hannibal. I didn’t watch it while it was on the air for a couple of reasons:

First, I hate commercials. I just recently got a new DVR cable box, so I can pause live television, but I can’t fast-forward through commercials unless I’ve recorded the program. I tend to watch most programs not on the premium channels through On Demand or after recording, at least in part because I can fast-forward through the constant onslaught of marketing.

Second, I hate the suspense of waiting a whole week to see what happens next in a story line, so I’d rather wait until I can watch the whole thing all at once. In the case of Hannibal, I waited long enough that I could watch all three seasons over the course of a week or two.

Last, with regard to this particular series, I was a bit skeptical. The Silence of the Lambs is one of my favorite movies of all time, and the character of Dr. Hannibal Lecter, as portrayed in that film, is, for me, indelibly marked with the face of Sir Anthony Hopkins.

I got used to Mads Mikkelsen as Hannibal the more I watched, but what remained disquieting (though familiar to me) was how arousing I found him as a character. He wasn’t the one in the series who really soaked my panties, though. That honor belongs to Francis Dolarhyde, portrayed by Richard Armitage. Don’t read any further if you haven’t seen the series and plan to, because there might be a slight spoiler in discussing him as a character. Francis Dolarhyde believes, and Hannibal encourages him to believe, that he is becoming The Great Red Dragon of Revelations and William Blake fame. And of course, in order to save himself and/or facilitate the transformation (I’m not clear on which), he does away with a lot of people, and some pets.

Now, I know that’s bad. That’s terrible. Especially the pets (usually I’m the type who changes the channel when those dreadful commercials with forlorn and bedraggled animals or flyblown children come on). But Francis Dolarhyde/The Red Dragon, specifically Richard Armitage’s portrayal, is probably one of the sexiest characters I’ve ever experienced.

There. I said it.

The repression, the longing, the delusion, the diabolically-transformed woundedness, all wrapped up in that strapping, flexible body, trembling with power and rage and fear made me envy the hell out of Reba McClane when he swept her up into his arms with such abrupt purpose that you couldn’t be sure what he was going to do with her. Until they headed to the bedroom.

Oh god. I’m squeezing my thighs together now just thinking about it!

I guess this is the point at which I should give props to Rutina Wesley for her portrayal of the ecstasy of having that ravenous beast on top of her and inside of her, because I reacted to her facial expressions physically. If Adam had been here, I could have taken my frustrations out on him, since he is a similarly strapping and powerful man, and can lay down an overwhelming fuck when I need it, but he’s in warmer climes until at least May. You can bet your ass, however, that I took my Hitachi wand to bed with me the night I watched that scene, and buzzed and finger-banged my way to several orgasms with Francis Dolarhyde on my mind.

Your Miss Rachel has a crush on The Great Red Dragon!

This website uses cookies to improve your experience while you navigate through the website. Out of these, the cookies that are categorized as necessary are stored on your browser as they are essential for the working of basic functionalities of the website. We also use third-party cookies that help us analyze and understand how you use this website. These cookies will be stored in your browser only with your consent. You also have the option to opt-out of these cookies. But opting out of some of these cookies may affect your browsing experience.
Necessary Always Enabled
Necessary cookies are absolutely essential for the website to function properly. These cookies ensure basic functionalities and security features of the website, anonymously.
Functional
Functional cookies help to perform certain functionalities like sharing the content of the website on social media platforms, collect feedbacks, and other third-party features.
Performance
Performance cookies are used to understand and analyze the key performance indexes of the website which helps in delivering a better user experience for the visitors.
Analytics
Analytical cookies are used to understand how visitors interact with the website. These cookies help provide information on metrics the number of visitors, bounce rate, traffic source, etc.
Advertisement
Advertisement cookies are used to provide visitors with relevant ads and marketing campaigns. These cookies track visitors across websites and collect information to provide customized ads.
Others
Other uncategorized cookies are those that are being analyzed and have not been classified into a category as yet.
SAVE & ACCEPT